Back at the beginning of 2007, Johan Janssens announced that Joomla 1.5 will include a Mootools script library. Mootools is a Javascript framework that is lightweight enough to be used for lots of clean, quick Flash-style effects.

A lot of people are starting to take advantage of Mootools, not only in 1.5 but also in 1.0. Anthony Olsen from Joomla Bamboo is foremost among the. He has just redesigned and relaunched joomlabamboo.com so it seems a good time to point out some of the great work he’s doing.

Originally Anthony was working on several Mootools mambots and modules, but lately he’s started to integrate the scripts into his template designs – not just for effect, but for core functionality:

The Future for Mootools in Joomla

There are more great Mootools templates out there such as Joomla OS from Beauty in Design. Are there are other examples of Mootools in Joomla that we’ve missed? Let us know in the comments. 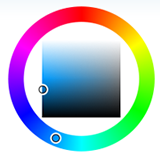