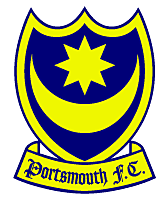 The coincidence was too great to ignore … this must be the weekend for lovable losers. My hometown football / soccer team of Portsmouth have the chance to win their first competition for 57 years. I’m also going to be in Chicago for the JoomlaExpo.

If you’re not American or a baseball fan, the Chicago Cubs are famous for being biggest losers in U.S. sports history. This is their 100th year without winning the World Series. Close behind were the Chicago White Sox who recently ended their drought after a mere 88 years.

Portsmouth haven’t made it a century of losing yet but if your grandfather was in elementary school last time your favorite team won something … you probably support a loser.

This might not be the year the Cubs win anything but I’ll be in front of a TV in downtown Chicago on Sunday morning, hoping 2008 will be Portsmouth’s year.

To celebrate, we’re giving big discounts on all our SEO Club memberships until the big game on Sunday.

Unfortunately the coupons expired after the final.

Joomla! Explained and Why Writing a Book is So Hard

Some Personal and Business Updates