That’s the clear conclusion of the data from Google Trends.

Drupal has been substantially behind Joomla in popularity ever since the two projects were founded. WordPress has constantly grown its following and may even overtake Joomla this year, whereasDrupal has grown very slowly and steadily without ever looking likely to catch either.

Drupal is great software and powers many amazing sites, but is it destined to always be the higher-end, boutique (and yes, less-popular) cousin of WordPress and Joomla?

Comparing searches for Joomla compared the other two between 2006 and 2009: 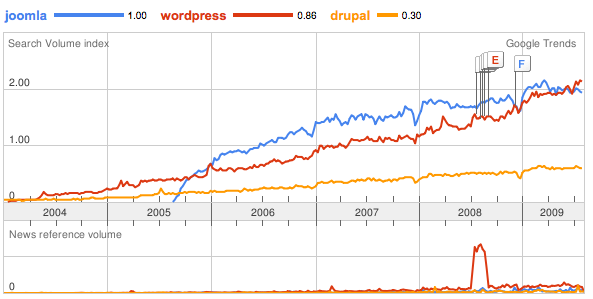 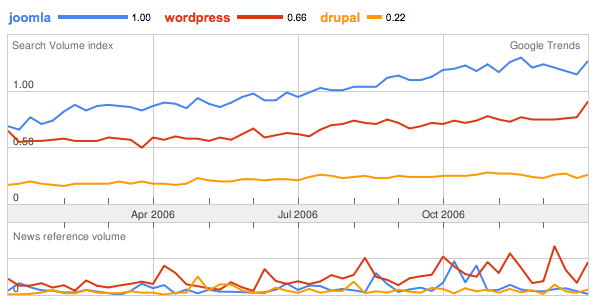 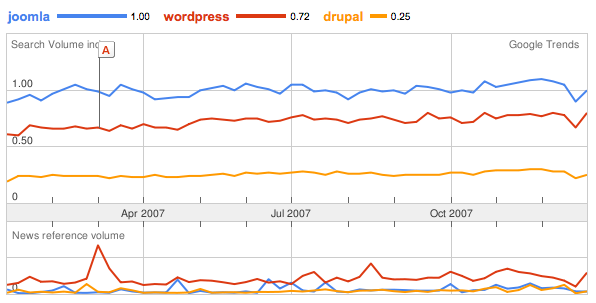 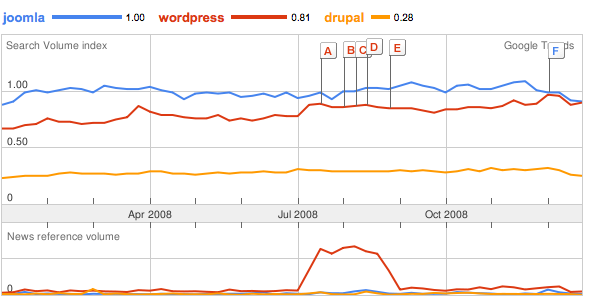 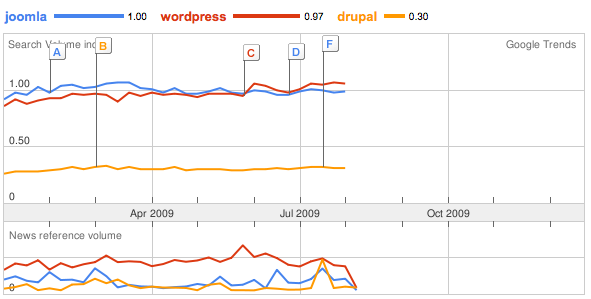 No Upgrades? You’ll Scare Your Users Away

The 4 Pillars of Open Source Communities