DrupalGovCon, the main Drupal event in D.C. every year, is enjoying a record attedance today:

Our biggest #drupalgovcon yet! And I think they all came to see @webchick speak! Look how enraptured they are! pic.twitter.com/UPnaloF84M

In contrast, I’ve heard that several Drupal camps are down in attendance this year. Clearly D.C. is bucking that trend.

You’ve probably also heard about all the Federal government sites that are moving to Drupal, such as the newly relaunched Commerce.gov.

I was inspired to check Amazon’s sales data for Drupal 7 Explained, which is the best-selling Drupal book. This is somewhat limited data, and doesn’t include e-books, but the trends are clear.

It turns out that DC buys nearly twice as many copies as New York, the second most popular city. It also sells more in DC than in Boston, Atlanta and San Francisco / San Jose put together. 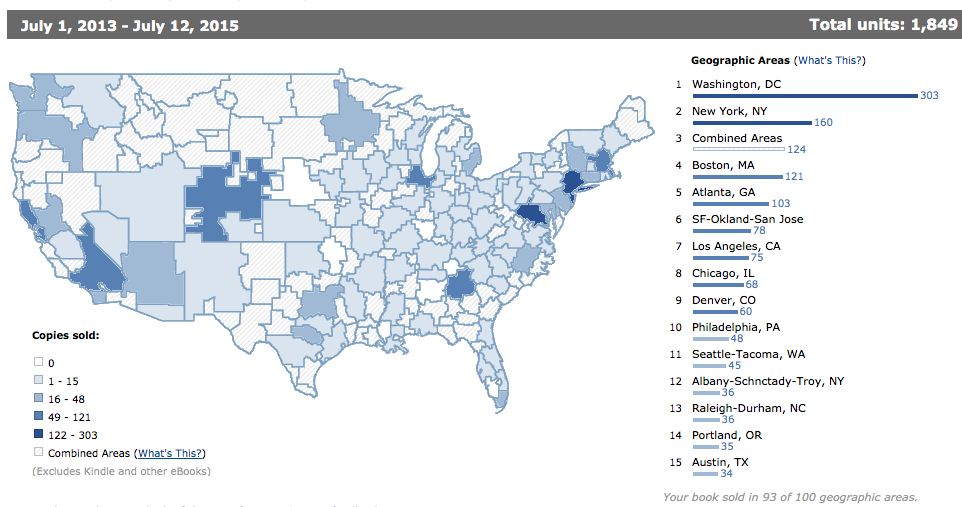