I’ve seen this graphic many times on Twitter over the last few days: 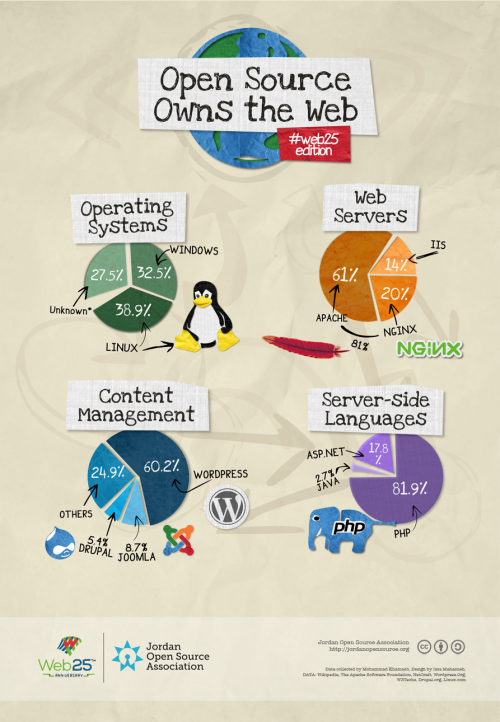 I think this is false triumphalism.

But, it’s not nearly enough.

One of the few organizations that understands this is Mozilla.

God knows, they get a lot wrong. Firefox has been struggling as a browser. Their Persona identity system has failed to take off. The Firefox phone is piece of crap so far.

But, Mozilla always seems to have understood that open source will lose unless it dominates at far more areas than just the web server.

Mitchell Baker (Chairperson of the Mozilla Foundation) spoke at DrupalCon a few years ago and had this graphic which tried to explain Mozilla’s approach: 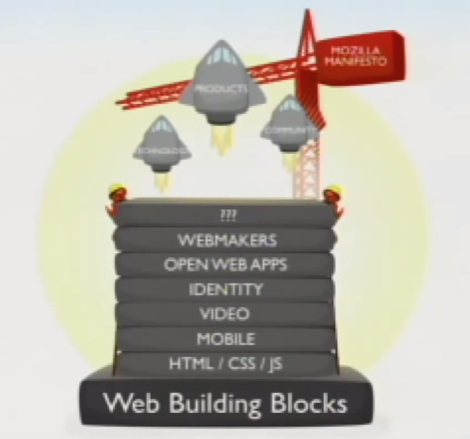 The point of her talk was that the HTML / CSS / JS layer is just one of 6 or more layers that make up the web.

Open source has won HTML / CSS / JS but it certainly hasn’t at the other levels:

That’s why Mozilla is taking all of these speculative punts on projects like the Firefox phone and Persona.

Open source has won the battle but is losing the war.