A few weeks ago we covered the five most powerful extensions you can use to optimize your Joomla site. We had 80 comments on the article, but half-way through the discussion was hijacked by the developer of a new product: AceSEF. They managed to rub people the wrong way quickly. They have also had problems with voting irregularities on the Joomla.org Extensions site. All in all, I was prepared to dislike AceSEF.

I was very pleasantly surprised. AceSEF is as good as, and probably better than, the other Joomla SEO extensions.

How did it get so good so quickly?

It is a fork of SmartSEF that we reviewed very positively at the beginning of last year. Unfortunately the original developers never fulfilled its promise and the Joomace team took over.

Installation is easy. Unlike other SEF URL components, there are clear warnings on what needs to be fixed in order to enable AceSEF.

The initial control panel screen is clean and with the exception of the Save / Apply / Cancel icons, everything is presented in a Joomla 1.5 style. The layout is logical: 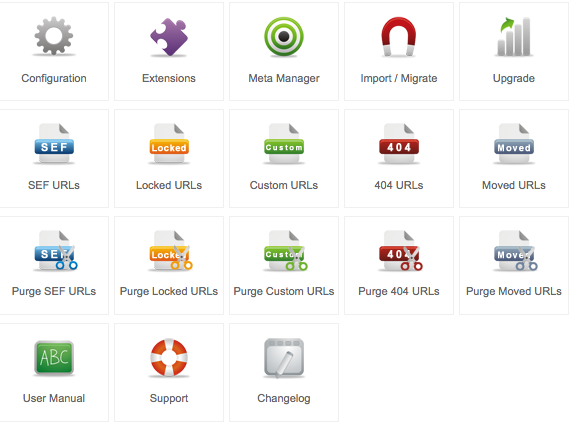 The configuration screen most resembles SEF Advance and Artio SEF … it is considerably simpler than sh404SEF. The options are clear and they all work. However, one thing I will not is that documentation is slim and the tooltips not very helpful. Want to know what “H1 headings” will do to your site? The tooltip helpfully explains “H1 headings”. However, there are several nice features available from this screen. You can: 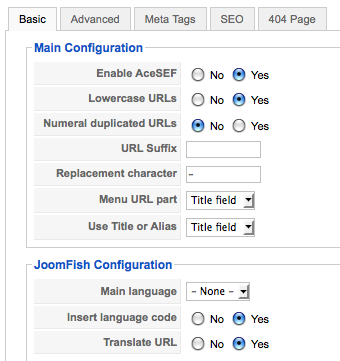 This is one are where AceSEF has a substantial lead over its rivals. With other SEF URL components you must FTP files to a variety of different folders and often even hack component code. AceSEF has a fully-operational plugin system. If you’d like SEF URLs for a 3rd party extension, you can upload the appropriate AceSEF plugin and choose how you want to handle the new extension: 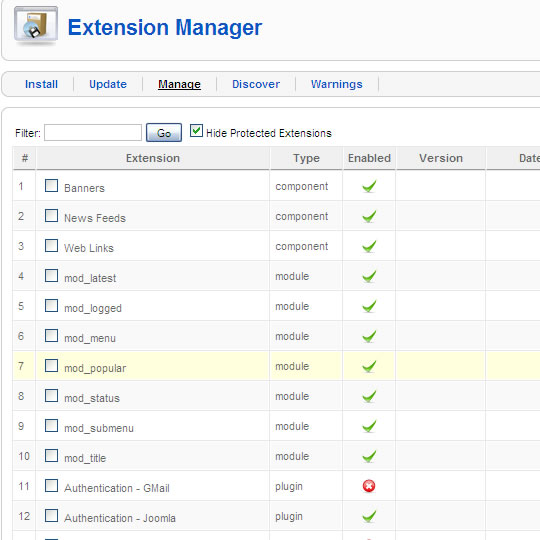 You can then edit parameters for each extension via the admin area: 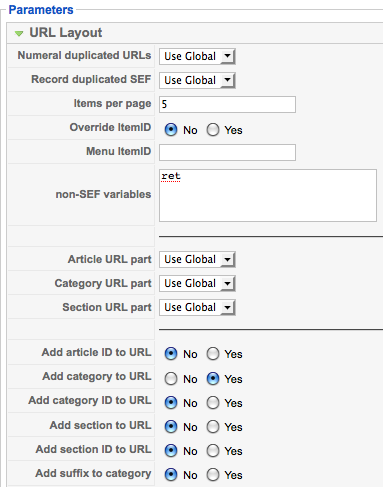 As with all the other SEF URL extensions, there’s an area where you can find all of the URLs on your site. You can search, then click to edit any URL you want to change. The same screen allows you to apply metadata to that page: 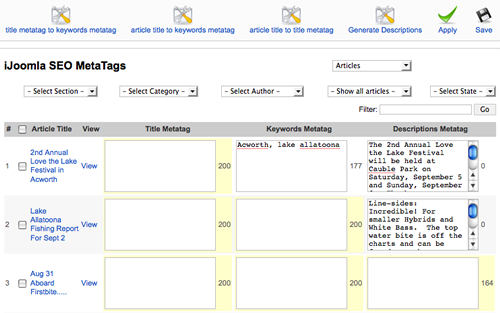 A few weeks ago we reviewed iJoomla SEO and spoke of how easy it made the creation of metadata. To be honest, AceSEF isn’t far behind. Its certainly far better and far easier than any other SEF URL extension. Metadata can be generated automatically and then edited from one central screen:

The only downside I can see is that this are often records a lot of unnecessary URLs (Print, PDF, RSS links for example) that clog up the screen.

A Note of Caution

There’s not much documentation. I was sometimes left confused as to what certain features did. Also, I love AceSEF so far, but:

Compared to Other SEF URL Extensions

The ability to install plugins from the admin is very well done, as is the parameter system allowing you to customize URLs for each 3rd party extension. The metadata screen is a real time saver. I wouldn’t be surprised to see other SEF URL extensions try and catch up to AceSEF in these areas.

I hope the developers will drop the underhand marketing tactics – their product doesn’t need it. It builds on the best features of SmartSEF and it adds a lot more besides. AceSEF is outstanding.

This was a sponsored review. The developers were not paying for an opinion, only for our time to give the product a thorough testing. For more information about sponsored reviews, please click here.

Your Thoughts on Joomla Security Extensions? 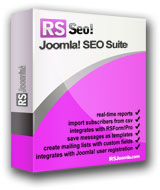 Review of WordPress for Joomla by corePHP.com