Note: Please be aware that this post contains some disturbing quotes to make its point.

What on earth is wrong with the Washington Post.

The Washington Post is one of the oldest newspapers in the U.S. and one of the most important because it’s read by D.C.’s powerbrokers. It’s famous for numerous stories from the Spanish-American war to Watergate.

The Post is allowing decades of its reputation to be destroyed online. Their site has already been in trouble for posting spurious chain-emails as facts, but it seems as if they’re sinking even lower at the moment.

This article has around 3000 comments. Their technical staff should certainly break those into different pages so I don’t need to load each and every one, but the lack of any moderation is shocking. I’d estimate that 9 out of every 10 comments should not have been published. Here are some examples of those the Post should not have published. The crazy things is that these are far from the worst examples … many others were simply too crude or abusive to repost here.

1) Blatant Trolling (Racism in this case) 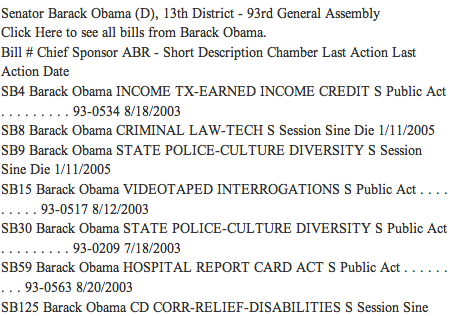 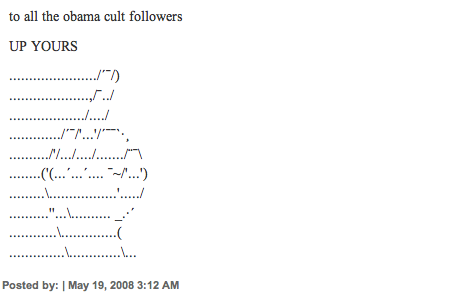 I counted this image posted at least a dozen times.

The sad fact is that nearly all the Post’s blogs are defaced in this way. How can a prestigious organization get it so very wrong?

Logtivity Has Notifications That Work Across All Your Sites

Never be seen working on the weekend

We sold Admincredible to Watchful