This is a guest blog post by Steve Moseley of Hannisdal Express. He previously blogged here on alledia.com, discussing his new site www.simliteraturemedia.org. That project led him to discover a problem with Search Engine Friendly URLs and IE6.

When Joomla SEF or Sh404SEF was on, PNG images that were being filtered for transparency in IE6 outside of the frontpage where not showing up.  If I removed all URL rewriting, they showed up again.  This happened both on my Development server that was Linux and the final server that was Window IIS6.

The fix was to use an absolute path in the filter.

So if the filter was:

You would make it:

It seems that IE6 doesn’t like the shortened version of the base tag that is put in the head of the page – That seemed to be the only changing variable that would account for the behavior outside of the front page.  It puts all the subsequent metatags underneath the base tag.  You can check this out with the IE developer toolbar for IE6.

Then here’s another IE6 and URL rewriting issue for you … the shortened base tag can cause other problems including text selection. 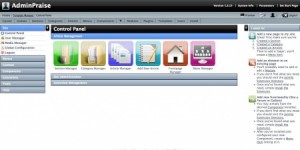