This week we’re delighted to welcome Andy Miller from RocketTheme.com to the interview chair.

Andy founded and runs Joomla’s largest template club with over 13,000 members. Oh, and in his spare time he has found time to be the creator of: 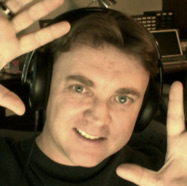 1) Hi Andy. Could you tell us a little about yourself? How did you come to Joomla? What’s your background?
Well, I’ve been involved in web development since my days in University back in the early 90s when hypertext was a new concept and gopher was the most common method of sharing information across networks.  I was a computer engineering major and quickly got caught up in the excitement around the internet. Anyway long story short, I’ve been doing web development ever since.

I spent many years doing custom development in Java and eventually found PHP and Postnuke.  It was a huge step forward from having to write your own administrative back-end, and I fell in love with the whole CMS concept.  I quickly tired of Postnuke however, and went in search of something better.  That’s when I found Mambo and really found the consistent look and feel and intuitive features really refreshing.  The thing that sold me though was the templates.  It was so easy to create great looking templates for mambo, much easier than in Postnuke and a myriad of other systems I had tried.

I started doing some templates and submitted a template “Planetfall” for the new mambo 4.5.2 template competition.  About the same time I joined the mambo core team and began working on a new front-end template called “SolarFlare” and also a refreshed back-end template. I’ve been with the core team ever since and moved over with the rest of the developers when we started Joomla!

2) Have you worked or designed with other systems apart from Joomla? If so, how do they compare?

I’ve worked on many systems, in all kinds of languages including ASP, Java, Python, and PHP.  I created several templates for Postnuke before I found Joomla!  Nothing I’ve worked on really compares to Joomla! templating though, it’s just so easy to create sites that break the standard CMS mold.  Some nice features for designers that were missing, have been added for Joomla! 1.5 such as xml parameters and template overrides so now the sky is really the limit!

3) What are the origins of RocketTheme? Has your sites growth to its current size been relatively smooth or have their been particular moments and templates that have really give your site a huge boost?

Well RocketTheme is the 3rd name change of the same club and template business that I’ve been running for nearly 3 years.  I started off doing custom templates but I got a lot of requests from folks for a version of a custom design I had done, but I was unable to really reuse any of this custom work due to the agreements I had with my clients.  I started the RocketTheme Template Club with a whopping 3 templates in the inventory.  Membership has steadily grown since that time probably due to the increase in number of available templates. It’s been a relatively consistent ride and I think a huge part of that is just due to how great Joomla! is and how it’s popularity has risen.  Sure, some templates are more popular than others, that’s just the way these things work.  I try to ensure that we provide a very well-rounded selection of designs, not just the same old ‘business’ templates every month.
4) You were probably only the second or third Joomla template club around when you were MamboDev.com. Now there seem to be thousands. Aside from the designs themselves, what strategies do you use to try and distinguish yourselves from the competition? SEO? Community?
Yes, RocketTheme was the second club I think, and what sets RocketTheme apart is two-fold.  First we continually push the Joomla! template envelope.  We do things that have not been done before, and integrate new features while providing the best designs and the most flexibility.  The second and perhaps this should of been first is our community.  We have a fantastic community based around our forums and they really love to help everyone out. It’s a fun place to hang out as much as it a great resource for template developers. Also we pay very close attention to our members wants and needs, and we try to provide the designs they are asking for rather than just spitting out designs we think are cool.  The last several templates have been a direct result of community requests.  I think this only helps to build our community and makes everyone that much happier.

5) What design resources would you recommend for someone working on improving their design skills? Are there blogs and sites that you read often to pick up tips

There are so many great places to hone your web design skills, some of my personal favorites are:

My biggest tip, however is to use Firefox and run the Web Developer Tools.  Learn how to use these as they are a great way to debug your code but also discover techniques and generally learn XHTML/CSS.  The biggest thing to understand about being a template designer, is that you have to be a really good XHTML/CSS developer, it’s not just about good looking designs, the code underneath has to be solid.

6) Are there any features or scripts you see on non-Joomla designs that you would like to implement on your templates but can’t currently because of the way Joomla works?

Actually there is very little that can’t be done in a Joomla! template today.  To be honest, due to the popularity of Joomla! and the huge template community based around it, Joomla! has the most advanced template’s available.  Compare the current crop of Joomla! templates to any other CMS and you will be shocked at how many features and capabilities you get and probably take for granted, but just are not available for other platforms.

7) As someone highly involved in design, what benefits are you looking forward to with Joomla 1.5?

As I stated earlier, there are a number of key features available in 1.5 that I’ve been working with the other core developers on getting implemented.  The first one that has long been overlooked is the ability for a designer to implement xml configuration parameters right in the templateDetails.xml.  Up to this point, to configure custom elements in a template, developers have been forced to put variables in the php, but now in 1.5 we can define parameters and then these are configurable by the Joomla! administrator.  For example, in the “Milkyway” template I designed for 1.5, I’ve included the ability to change the color styles, and also change the width of the template using these parameters.  Current RocketTheme templates use variables extensively to configure design elements, so I’m really looking forward to having this feature moved to this new, more user-friendly format.

The overrides and custom chrome features are also fantastic.  The overrides allows you to implement custom HTML for a module or component and include it right with your template.  For example, I can create a custom login module html file so the layout of the login is completely changed and styled from the template. When you install the template, this new layout is automatically used without the need to do anything manually.

Custom chrome allows a developer to create a new module output style to produce a very custom looking module.  These two features alone allow a template designer to create a Joomla! site that looks nothing like the standard Joomla! install, and really you no longer have any boundaries.  It’s very exciting, I just can’t wait!
9) Do you have any new projects or plans in 2007 we should be looking out for?

Laugh, I’ve always got projects going, and yes there are quite a few things you can expect from RocketTheme this year.  First we are expanding!  I hope that we’ll be able to produce more template variations for specific vertical markets, and perhaps expand the designs to some other platforms that we commonly get requests for.  Stay tuned!

Logtivity Charts Got Much Better with Chart.js and Date Range Picker