Back in 2006 the site was rebuilt in Joomla by a company called Silicon Chisel who gave a detailed rundown on the move. Not all of those pieces are still in place but the core of the site is still Joomla and I think its a very effective, professional set-up.

The template appears to be very loosely based on Synapse from Rockettheme.com and extensions used include: 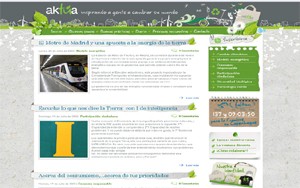