Why on earth is a major company such as WebProNews.com continually allowed to get away with email spam?

They have a very sneaky way of making people think they’re unsubscribing, while in fact remaining on WebProNews’ mailing lists indefinitely.

Here’s how the deception is done:

Click on “unsubscribe” and you won’t get any more mail from that single company. Of course, WebProNews has hundreds of other advertisers it can spam you with. You could be clicking those links for years to come and never get anywhere.

Ah – but you can unsubscribe from all their lists by emailing [email protected], right? Wrong, its a black hole. No matter how many times your write to them, nothing happens. There is literally no way to subscribe from WebProNews.com mailings.

Looks like I’m not alone: see more complaints here and here (read the comments). Matt Cutts was kind enough to provide proof of WebProNews’ duplicity by mentioning that they knew this was a problem back in February 2007. Apparently “they?re taking it very seriously. I believe that they expect within 2-3 weeks to have everything completely backed out.” 4 months later the problem continues.

There is simply no other conclusion that that they’re making too much money from this spam to consider offering people a genuine “unsubscribe” button.

Update and Reply from WebProNews

After this blog post, I’ve had a conversation with Mike McDonald from WebProNews.

While I would still feel more comfortable if every WebProNews email contained a universal unsubscribe link, Mike took the time to explain the reasoning behind the current set-up and mentioned that if the main unsubscribe email address doesn’t work, there are three alternatives ways to get yourself removed:

His explanation of the current set-up is as follows:

“Specials are unsubscribed from on a per client basis for a couple of reasons. For one, many of our subscribers do not wish to be unsubscribed or removed from the regular editions of WebProNews – just the special or advertorial mailings.? Also, our subscribers have also indicated that not all special mailings are a problem and that they would prefer to ignore only specials from specific companies.? The third concept at play with the per sponsor unsubscribe is a means by which the sponsor company can remove those subscribers from their own mailing lists.

If you wish to be removed from everything and be banned blacklisted from the entire network, that is something we can ad do offer via our human monitored support system.? If you have had difficulty reaching them at the [email protected](domain).com addresses you can call the office directly or send an email communicating your issue to pretty much any email address of any employee or department within the company.? We have been in the email business for nearly 10 years now – some of us longer. We aren’t out to spam anyone. “ 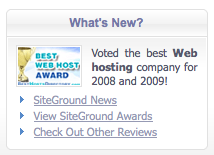