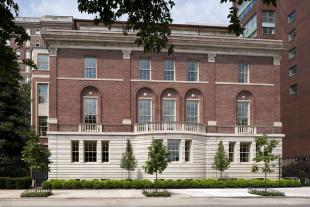 In a couple of weeks there’s going to be an important Joomla Developer Conference in New York.

Starting with a social evening on the Friday 4th, the conference itself is a two-dayer over the weekend of the 5th and 6th. There’s also a hands-on development event on Monday.

The location is beautiful: the Faculty House at Columbia University.

Around 40 tickets are still available and they cost $100.

END_OF_DOCUMENT_TOKEN_TO_BE_REPLACED

Congratulations to the CMSExpo and the Joomla core team: they’re getting together again. Wilco Jansen will be the keynote speaker at next week’s event in Evanston, north of Chicago. Anthony Ferrara from the core was at the last event in Denver. It’s good to see so many people who understand that the community and commercial sides of Joomla are compatible.

END_OF_DOCUMENT_TOKEN_TO_BE_REPLACED

I’ve just arrived back from a long series of Joomla training classes on the west coast that culminated in Joomla Day Las Vegas on Saturday. Before I start to wade through the 4000+ emails in my inbox, here are some thoughts on the Vegas experience:

Initally I was unsure about traveling all the way to Nevada for an unconference. Part of me wondered what on earth an unconference was anyway. Even Allen Gunn who ran the day agreed that its very easy to be sceptical about a “hippy event where people talk about whatever they want”. Its also hard to market an unconference because, especially in this economy, many people want the clarity of a schedule that includes fixed learning classes.

I was wrong. It was more lively, more engaging and I met more people than ever before at a Joomla conference. In the hands of a skilled organizer like Allen, holding an unconference proved a masterful decision.

END_OF_DOCUMENT_TOKEN_TO_BE_REPLACED

OK – you’re probably sick of Vegas analogies by now. “Raising the stakes”, “going all in”, “upping the ante” … however you describe it, Joomla Day Las Vegas is starting to look really, really good. This is the current presenter line-up and we hope to have even more big names to announce soon:

END_OF_DOCUMENT_TOKEN_TO_BE_REPLACED

People in the U.K. are lucky. One of the best line-ups of Joomla speakers ever is going to be at Joomla Day U.K. in 2 weeks:

All events have their own flavor. The CMS Expos are very heavily weighted towards commercial developers. The Las Vegas Joomla Day offers both and is Joomla’s first foray for a long time into the U.S. South West. The U.K. event is full of Joomla.org representatives. In alphabetical order, you’ll find many if not most of the core team and other project leads:

END_OF_DOCUMENT_TOKEN_TO_BE_REPLACED

Last spring the North American Joomla Day was in Vancouver. This time its down in Las Vegas, Nevada.

Joomla! Day Las Vegas is going to be an one-day conference of Joomla! experts
presenting on Joomla! basics,
design, development and advanced topics.

END_OF_DOCUMENT_TOKEN_TO_BE_REPLACED

For my and other people’s thoughts on the Denver Expo, please click here.

END_OF_DOCUMENT_TOKEN_TO_BE_REPLACED

5 Thoughts from the CMS Expo

Wow – outstanding. Both Expos have run like clockwork. If you think Open Source people are flakes, you haven’t seen an event organized by John, Linda and their team from Chicago.

It was great to see Anthony from the Joomla core in attendance. Hopefully we’ll see commercial developers at April’s Joomla Day in Las Vegas.

END_OF_DOCUMENT_TOKEN_TO_BE_REPLACED 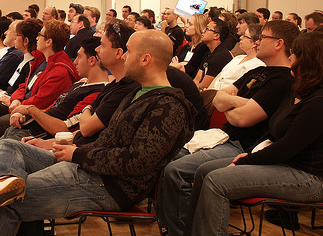 Just got back from Joomla Day Vancouver at around 3 this morning, having enjoyed every minute of it.

With over 300 emails to answer and our monthly Atlanta Joomla meeting to organize for tonight, I hope you don’t mind if I leave most of the recap to other people.

Here’s an online roundup of the conference:

END_OF_DOCUMENT_TOKEN_TO_BE_REPLACED

This is my presentation on Joomla SEO from JoomlaExpo.

Increasingly we’re going to be recommending two SEO solutions for both Joomla 1.0 and Joomla 1.5 … sh404SEF and the SEF Patch. I’m in the process of rewriting the SEO Book to make those our clear recommendations for most 1.0 and 1.5 sites, but this is the first time I’ve explained that publicly.

END_OF_DOCUMENT_TOKEN_TO_BE_REPLACED

JoomlaExpo Was a Huge Success

I arrived back from Chicago just before midnight yesterday and I’m still buzzing today.

The JoomlaExpo was a huge success. I’ve a whole bunch of stuff to organize and post over the coming week from Powerpoints, handouts, Expo recaps and news of the big Joomla project that was announced with the City of Chicago.

There were over 280 people at the Expo including some from Malaysia, Costa Rica, the Netherlands, England, Scotland and many other places. The whole event was pulled together by excellent organization from the JoomlaChicago members.

Click here and also here to see photos of the event. More to come later in the week when I’ve had more sleep. If  you haven’t done so already, I’d definitely recommend attending a Joomla event near you. Next up is Vancouver.